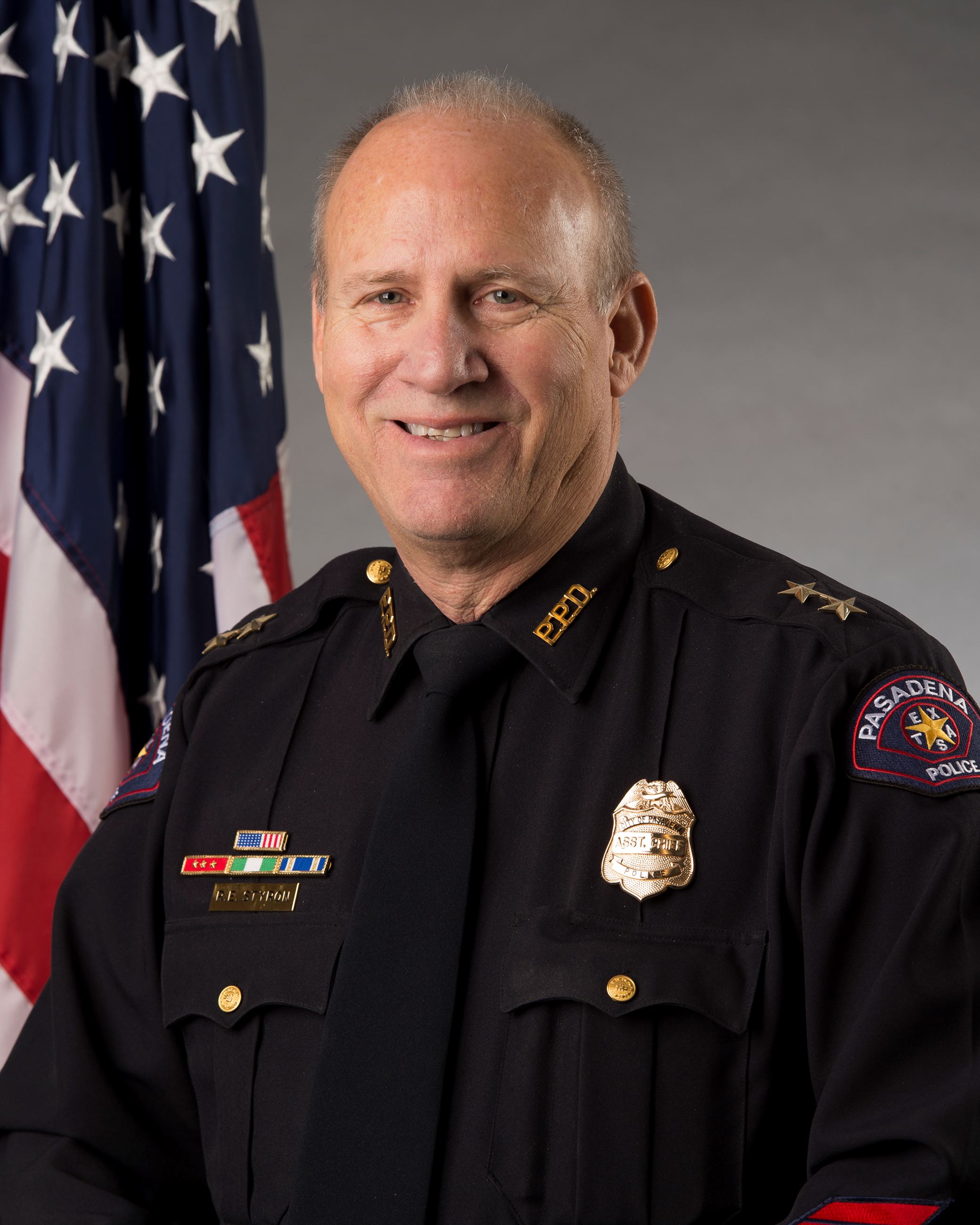 Rick Styron was born in Mobile Alabama and moved to Pasadena as a young boy. Rick attended Sam Rayburn High and continued his education at Sam Houston State University earning a Bachelor of Science degree in Police Science in 1980. He then joined the Pasadena Police Department’s 35th Police Academy in February of 1981.

Rick was promoted to the rank of Sergeant on March 17, 1986 and six years and one day later, on March 18, 1992 he was promoted to the rank of Lieutenant. During his 36 year career Rick has commanded all three patrol shifts as well as nearly every division within the Police Department. He spent nearly 7 years, the longest tenure of anyone in the department, as the Lieutenant of the Internal Affairs Division.

Rick and his wife Susan, have been married 36 years and they have two sons, Aaron and Eric, two daughter-in-laws, Angela and Megan and two grandsons, Camden and Carson. Rick and Susan are active members of University Baptist Church and in their spare time they enjoy boating and spending as much time as possible with their grandsons.